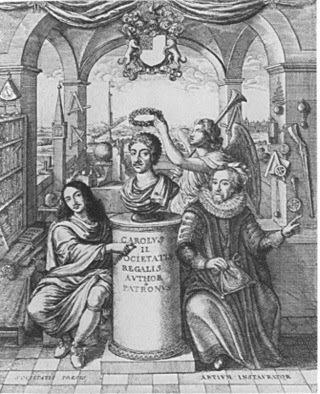 Paganism doesn’t really discuss power any more. It used to be a basic teaching for people who wanted to learn to change consciousness at will or work with love under will. In the last decade or so that’s all been perceived with a hint of revulsion: we shouldn’t want to exert our will over anything, we should all be striving to be One, whatever that means, and filled with Love and so on and so on until it has become a deafening fascistic blare. Debate is absolutely not welcome, it shatters our fragile self-image, and frankly, many Pagans’ understanding of themselves and of the world is very fragile indeed, coming down to a kind of addiction to pseudo-peak experiences and awful psychobabble.

"power-over," referring to domination and control; "power-from-within," meaning personal ability and spiritual integrity; and "power-with," pertaining to social power or influence among equals.

If you’re a Pagan and you haven’t read Truth or Dare then you should. If you’re a chaplain and you haven’t read Truth or Dare you need to stop practicing as a chaplain until you do, and have discussed it with an equal or someone more skilled, and have formed a different opinion to the one you hold now. I make no apology for being directive: if you identify as Pagan but haven’t read the basic text for the Pagan understanding of power then you are not, no matter what your coven or grove or teacher or anyone else soothes you with, ready to work in a position of power.

Many Pagans will be outraged at that assertion. It is not popular because it is not soothing. It is directive and questions a persons skill and goodness me, Pagans must never do that! Many Pagans dislike Starhawk because she’s quite overwhelming and it’s not nice to make people uncomfortable. When did witchcraft, asatru, shamanism or druidry ever give a hoot about popularity? Of course we’ve needed to educate non-Pagans that we don’t sacrifice babies or drink blood, and we’ve needed to avoid publicly discussing the complexity of what we do, but we’ve stopping discussing it at all. It used to be that we did neither black nor white magic, but grey. Now we do Green magic, whatever that is, or better still no magic at all. We’ve come to believe our own PR.

Cure and curse is an ancient philosophy going back at least to Thoth and his pharmakon. It’s what surgeons do when they cut into the healthy skin and tissue of a human being to get to the internal, hidden problem. It’s what everyone does when they take antibiotics, and our Ancestors weep when we get sanctimonious about medicines they died from the lack of. Witches don’t politely request that things change, we make it happen. Druids were highly skilled specialists with decades of training under their belt. Shaman are liminal people, unsettling, often suffering, often what we would call very seriously mentally ill. People who do magic are not very concerned about being popular.

The paradox is that people who get things changed for the better are seldom pleasant to be around. Most people were quite content with slavery. Those people who felt slavery was wrong either shut up in order not to rock the boat or got angry and made a great deal of noise about it. Suffragettes set fires and bombs and broke windows. Chartists carried guns and Nelson Mandela was the co-founder and leader of the armed struggle against apartheid. They were all profoundly unpopular, enough to be killed or imprisoned or tortured, and now we all believe slavery to be evil, everyone having a vote and resistance to fascism very fine principals.

A renaissance in the culture of Paganism seems to be gently under way. “Is that all there is?” has changed from a disappointed sigh to an angry demand. Those Pagans who, either by nature or philosophy, haven’t been comfortable with Christianized or Buddha-natured Paganism are getting a hearing once again. Chaplaincy has always been an underground activity, functioning in the liminal, grey places where people are put when they disturb the rest of society. We have knowledge and understanding that can serve that society when it gets sick of itself.
Posted by Clare Slaney at 21:05

This work is licensed under a Creative Commons Attribution-NonCommercial-NoDerivs 3.0 United States License.

If you value this site please consider supporting it. Thank you.